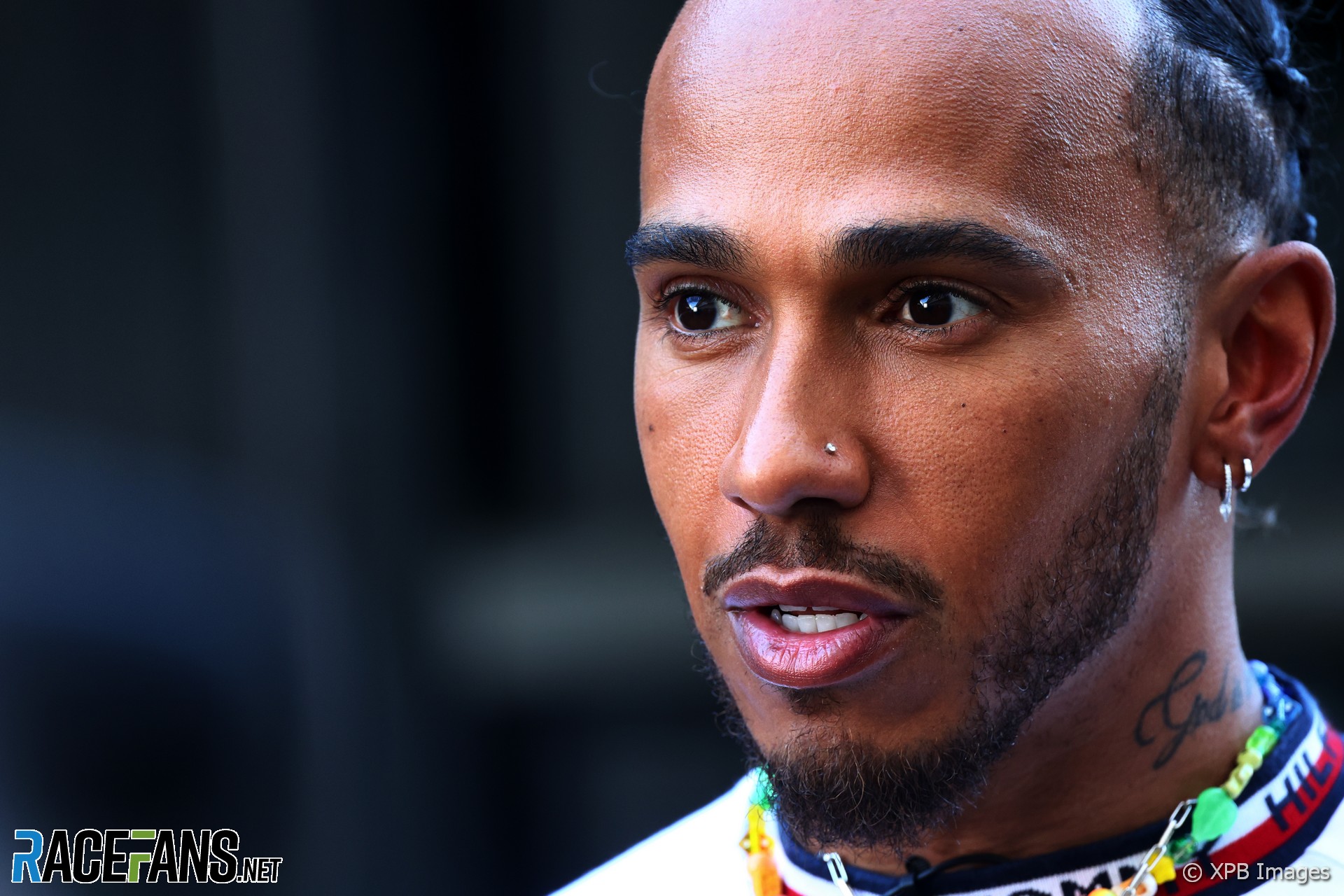 Lewis Hamilton has urged the FIA to ensure its Financial Regulations are obeyed by enforcing them strictly, after it announced Red Bull breached them last year.

The sport’s governing body confirmed last week Red Bull had exceeded the $145 million spending limit and committed a “procedural” breach of the rules. The FIA could hand down penalties including fines, confiscation of points and a reduction in Red Bull’s aerodynamic testing and future spending limit.

Hamilton, who narrowly lost the drivers’ championship to Red Bull driver Max Verstappen in 2021, isn’t dwelling on the possibility last year’s standings could be altered.

“I’ve heard the things that have been said [but] I’m generally looking how I can win another championship,” he said. “I have my own opinions of what we did as a team and how we did it last year and I’m really proud of that and believe in what we earned. It doesn’t really change a huge amount.”

However he said the FIA needs to set an example which ensures teams stick to the spending limit. “I do think the sport needs to do something about this in the future,” he said. “Otherwise, if they’re relaxed with these rules, then all the teams will just go over and spend millions more.

“In the end if it’s a slap on the wrist it’s obviously not really great for the sport. They might as well not have a cost cap in future.”

Hamilton says the “integrity” of F1 is at stake but he has confident FIA president Mohammed Ben Sulayem will handle the controversy correctly.

“I do believe that Mohammed and his team will make the right decisions,” he said. “I have to believe that. I want to give him the benefit of the doubt, naturally. Otherwise I’m just focused on doing the best job I can.”

“I’m not giving it any energy,” he added. “I’m focussed on really continuing to try and gee up the team, really trying to turn this car around and working on things that I can generally control.”

Lifelong motor sport fan Keith set up RaceFans in 2005 - when it was originally called F1 Fanatic. Having previously worked as a motoring...
Read more about Keith Collantine, find all their articles and get in touch with them

Motorsport has been a lifelong interest for RJ, both virtual and ‘in the carbon’, since childhood. RJ picked up motorsports writing as a hobby...
Read more about RJ O'Connell, find all their articles and get in touch with them

Got a potential story, tip or enquiry? Find out more about RaceFans and contact us here.

63 comments on “Hamilton: F1 ‘might as well not have a cost cap if the penalty is a slap on the wrist’”